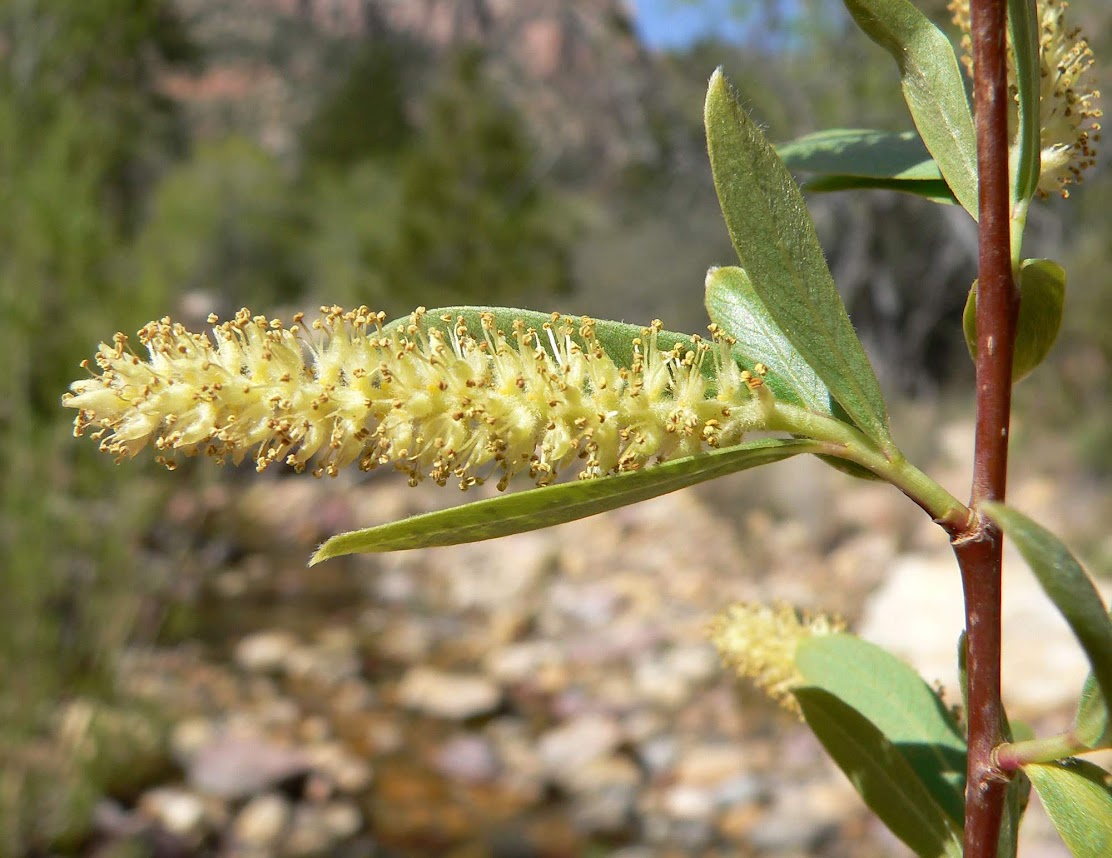 Goodding's Black Willow (Salix gooddingii) is a common native tree that grows along wetlands throughout California at elevations from sea level to 2,000 feet. It grows in a wide variety of locations, from the south coast to the Central Valley and even extends into perennial streams in desert areas. It tolerates some alkalinity and salinity as well as generally poor water quality. It can form streamside thickets as it matures where it can eventually grow to a height of 15-40 feet, forming part of the riparian forest canopy. It has green flowers that bloom in the early spring, quickly followed by a profusion of lance-shaped deciduous leaves. The flowers of willows are dioecious, with seed- and pollen-producing flowers found on separate plants.

Willows in general have an intricate and valuable relationship with wildlife. They provide nectar, pollen, leaves, woody stems, branches and leaves for food, shelter, and nesting habitat for wildlife. Because of the potential for Gooddings willow to become a relatively large tree, its contribution to ecosystem restoration make it all the more valuable, a value that extends to both past and modern human uses. Native Americans used this willow to make baskets, bird cages, fish traps, bows, and cradles. The bark was eaten raw or cooked and the leaves were steeped to make a tea. The family of plants that Gooddings willow belongs to, Salicaceae, is named for the active ingredient for pain relief in aspirin, salicylic acid, which is derived from willows. Gooddings willow is named after Leslie Newton Goodding (1880 – 1967) an American botanist who was considered an expert in the flora of the Southwestern United States.

Due to its size and water requirements, this is not a common garden tree but is very useful in restoration projects, bioswales, and other wetlands. Willows can be propagated easily from cuttings and seed but the seeds are only viable for a few weeks.