Pacific aster (Symphyotrichum chilense) is a native plant of the Putah Creek watershed whose range extends along the west coast of North America from British Columbia to southern California. Although its distribution is limited to North America, it was once mistakenly thought to occur in Chile, thus the scientific name, "S. chilense." It is commonly found in grasslands, meadows, along waterways, and in disturbed areas along the coast and into the Central Valley from sea level to 1,700 feet.

Pacific aster truly comes alive in the month of July when its otherwise inconspicuous, knee-high, sprawling form bursts forth with clusters of yellow centered, purple, daisy-like flowers. The blooms give way to fluffs of cottony seeds that are dispersed by the wind. 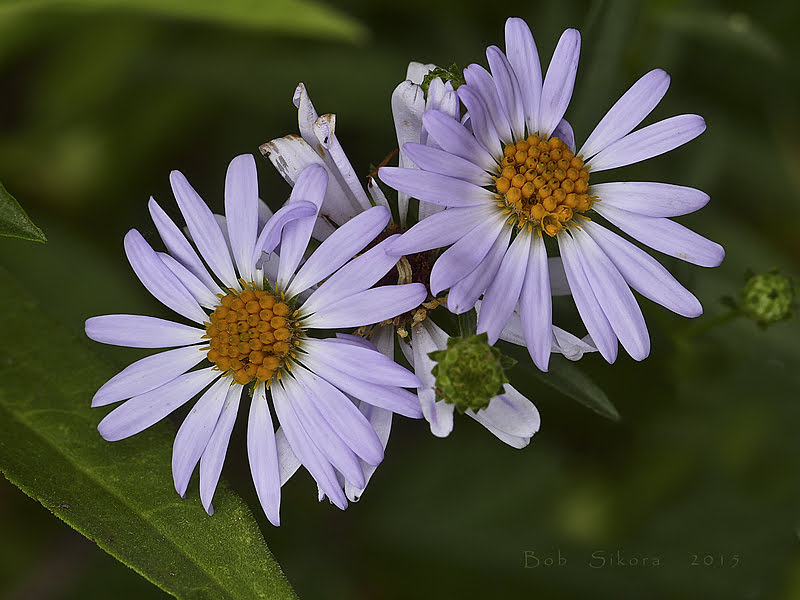 Pacific aster is an important late season pollinator plant. It provides a source of pollen and nectar for native bees, beneficial insects and butterflies during late fall, when few other species are in bloom. Asters serve as a host plant for the Field Crescent butterfly (Phyciodes campestris campestris), meaning it is the plant on which the butterfly larvae will hatch and feed until maturity.

Pacific aster is useful for helping provide erosion control in the early stages of ecological restoration projects. It does this through its ability to produce large, extensive root systems that capture and stabilize soil, and by spreading vegetatively into large colonies via long rhizomes (underground stems). A prolific seed producer, Pacific aster is easy to propagate. Seeds germinate readily with no pre-treatment, and it can also be propagated through divisions of the rhizomes or roots.

Look for this plant along the floodplains of Putah Creek this month. You might be treated to a show of butterflies and other interesting local insects as well!