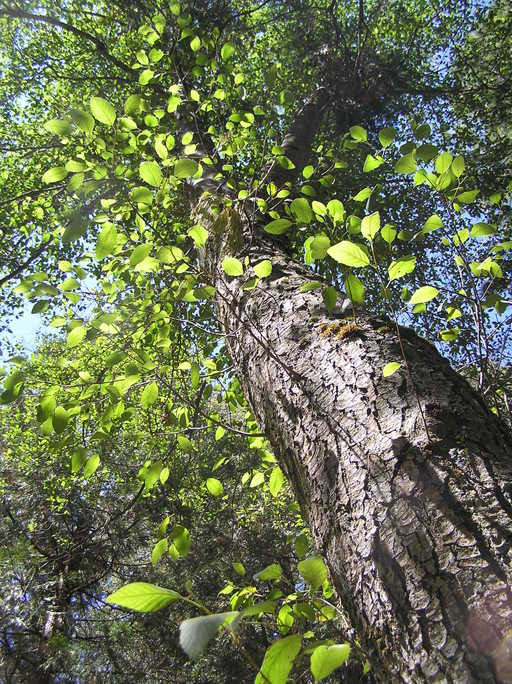 The White Alder (Alnus rhombifolia) can be found dropping its tiny winged seeds along the banks of Putah Creek during the winter months when it and most other trees are dormant. The seeds emerge from a small structure that superficially resembles a small conifer cone that hangs on all winter long after the tree has dropped its leaves during the fall. This medium-sized deciduous tree grows up to 30–40 feet and grows in riparian corridors throughout California below 6,000 ft. 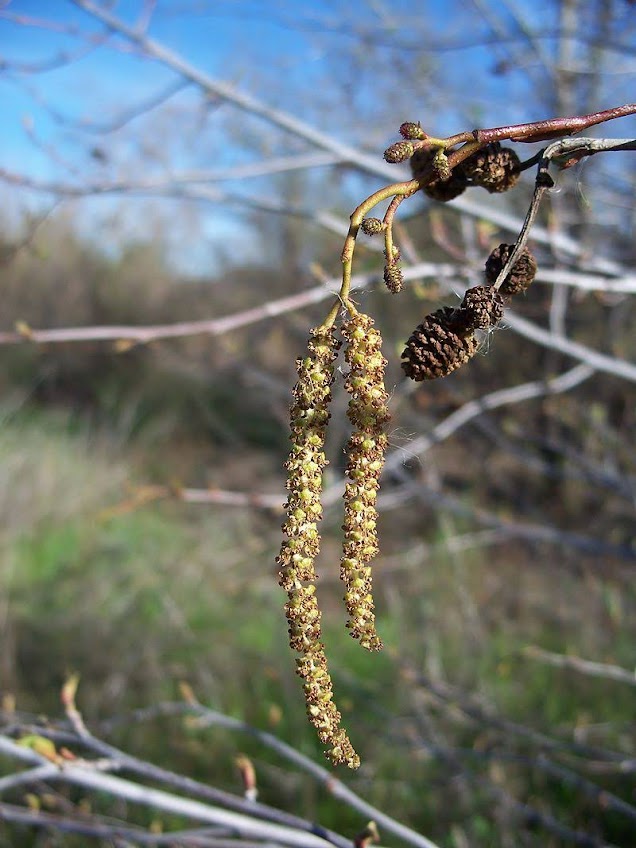 Soon after the seeds have fallen, the plant begins its next cycle by producing male and female catkins that are anemophilous (wind pollinated).

Capable of growing at the water’s edge, white alder is valuable for stream restoration where it stabilizes banks and floodplains and often grows among a mix of riparian species. When it overhangs the water, its branches and leaves provide shade that help to keep the water cool and provide cover for wildlife while its roots create aquatic structure below the water’s surface. Its roots also fix nitrogen, making this important nutrient available for other plants and animals in the ecosystem.

Native Americans use the tree medicinally, in basketry (roots), as arrow shafts (shoots), for dyes, and its wood is still used for smoking meats.