Note: This is the second in a three-part series of articles by Putah Creek Council to educate residents about a creek restoration project to improve water supply reliability in Solano County.

Water is diverted from Putah Creek 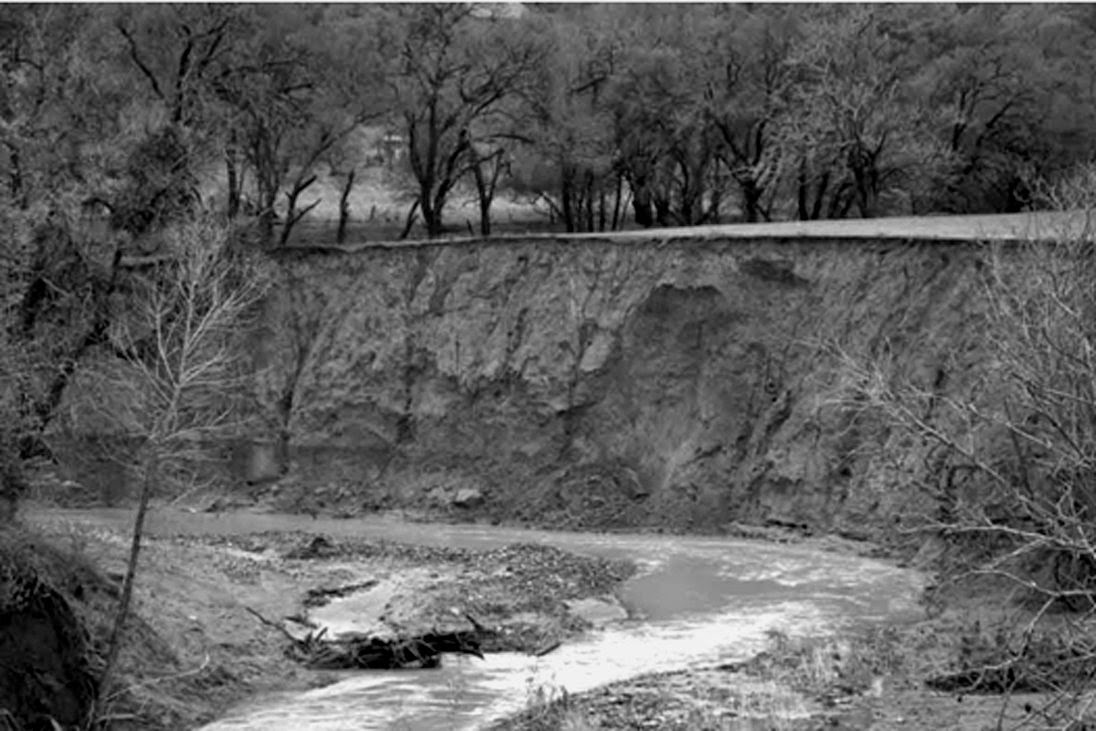 for the cities of Vacaville, Fairfield, Suisun City, Benicia, and Vallejo via the Putah South Canal. The quality of the untreated water entering drinking water treatment plants can depend on the sediment coming out of Pleasants Creek, a major tributary to Putah Creek just north of Vacaville.

Putah Creek Streamkeeper, Rich Marovich, had trained his eye to Pleasants Creek for years as he watched ranchers lose acres to the hungry, aggressive creek during rain storms. “I had brought a number of river engineers out to Pleasants Creek to look at the erosion problems, and they all scratched their heads and said, ‘This is caused by cumulative effects,’ which meant to me that they didn’t know specifically what was causing the massive erosion, especially since we were seeing a complete re-formation of the creek in a few decades—something that normally takes thousands of years.”

Erosion is a natural process that brings new gravel, cobble, and soil into a creek, replenishing what washed downstream in earlier storms. Excessive erosion can put so much fine sediment, or soil, into a creek that the creek flows brown and muddy for days. Water with a lot of soil in it can be challenging to clarify at local drinking water treatment plants.

Scientists can approximate the amount of fine sediment in water with a measure of turbidity, or how murky the water is, on a scale called Nephelometric Turbidity Units (NTUs). In the US, typical drinking water standards require that treated water cannot exceed one NTU. To get the water this clear the sediment must be settled and filtered out of the water.

After one massive storm in 2002, Marovich became curious about the fate of all the soil washing downstream from Pleasants Creek. “I went to the North Bay Water Treatment Facility in Fairfield and asked them if they noticed a change in water quality following the storm. An engineer handed me a container full of muddy water that he had saved from when the storm water reached the treatment facility. At 3,200 NTU it was the highest NTU reading they had seen in twenty years. They brought in retired engineers to keep the plant running,” said Marovich.

Thankfully, the storms have been fairly short in duration. Water reserve tanks have finite capacity.

To get this massive amount of sediment out of the water, it needs to be settled out by gravity and then filtered through sand. However, gravity settling alone would be too slow to keep up with demand, so water treatment facilities add non-toxic compounds including alum (aluminum sulfate) and various polymers to speed the process along. The compounds aggregate the billions of tiny specks of soil into small flakes that are heavy enough to fall to the bottom of settling ponds.

According to the 2010 report, entitled “Investigation of Sources of Turbidity, Sediment, and Aquatic Vegetation in Putah South Canal,” the increased water demand as cities continue to grow will put pressure on water treatment plants. “Increasing demand places greater constraints on the water treatment plants’ abilities to by-pass turbid water. Some plants, such as the Waterman Treatment Plant only have the system storage capacity to by-pass Putah South Canal water for 24 hours until they need to accommodate less desirable quality water to meet user demands.”

Much of the erosion along Pleasants Creek is due to Monticello Dam at Lake Berryessa, a massive dam on Putah Creek about seven miles upstream of Pleasants Creek. The process by which upstream dams cause erosion in downstream tributaries is covered in detail, including a slide presentation at www.putahcreekcouncil.org/news

Put another way: the instability of the banks along Pleasants Creek threatens the usability of the water supply secured by Monticello Dam, at least during storms. The unintended cascade of impacts following dam construction has important, and costly, ramifications for decades following the completion of the dam.

Thankfully, the State of California recognizes the important role functioning stream systems play in water supply security, and invests in projects to address erosion control. One such project is currently underway in Pleasants Creek.

Be sure to read next week’s third and final article in this educational series about local water supply: “Putting Nature to Work to Secure Solano’s Drinking Water Supply.” If you missed last week’s article on this topic, it’s available here.