By Rich Marovich, Putah Creek Streamkeeper
Completed in 1957, Monticello Dam reduced flood risk along lower Putah Creek and also solved chronic water shortages in Solano County. It currently provides one of the cheapest and most reliable water supplies in the state. Over 400,000 municipal water users rely on water storage from the Berryessa Reservoir. 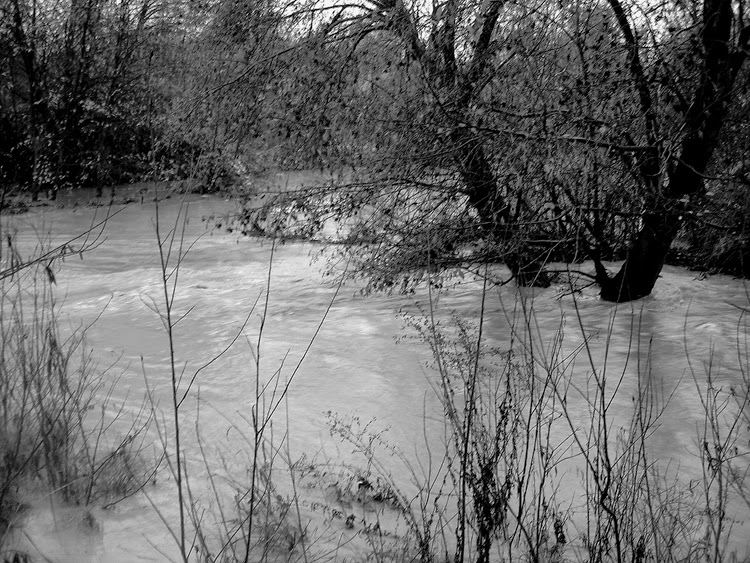 It irrigates over 70,000 acres of farmland and supplies industrial water users including the Budweiser brewery in Fairfield.
The average annual water use is about 200,000 acre feet of 1.6 million acre-feet of storage capacity. Monticello Dam has fundamentally changed the hydrology of lower Putah Creek, providing perennially cold water from the base of the dam that supports a blue ribbon trout fishery and cold water habitat for trout as far downstream as Winters.
Although not created or managed for flood control, the dam provides flood management benefits by storing potential flood waters and by attenuating (decreasing and spreading out) peak flood flows.
Monticello Dam has also brought undesirable changes to lower Putah Creek by retaining gravel in the upper watershed and reducing the frequency and intensity of channel-cleaning, or scouring, flows.
It has also caused rapid down-cutting and widening of all downstream tributary channels. Today, downstream tributary channels are roughly three times wider and three times deeper than they were prior to the dam and they continue to erode in search of a new equilibrium with the main channel of lower Putah Creek.
The cause of the accelerated erosion in tributary  channels was a mystery until the Sacramento office of the U.S. Army Corps of Engineers published its November, 1994 report, Hydrology of the City of Winters, California and Lower Putah Creek, Reconnaissance Study. The study concluded that Monticello Dam lowered annual peak water surface elevations (stage heights) on the main channel of Lower Putah Creek by an average of 20 feet.
Decreasing the peak water surface elevation on the main channel eliminated the backwater effect of the main channel on tributary flows at the junctions of the tributaries with the main channel. It increased the slope of the water surface as it entered the main channel from the tributaries, creating a nick point (e.g. waterfall): a point of rapid erosion and incision at which a streambed is eroded to a new base level by a stream. These nick points propagated upstream, lowering the bed elevations of all tributary channels.
As the tributaries eroded downward, they eventually hit hardpan and then began to widen. On the outside of meander bends, the water flowed to the outside edge of the channel due to centrifugal force. The flow then undermined the banks, causing them to collapse into vertical walls.
The widening of tributary channels caused loss of surrounding land including historic buildings and heritage oak trees. The erosion delivered massive loads into Lake Solano, reducing its depth at the lower end from 14 feet in 1959 to about 3 feet today. Until recently, Lake Solano served as a trap for sediments but it is now considered to be sediment neutral. That is, whatever sediments flow into the lake are flushed downstream in high flows, to Lower Putah Creek and Putah South Canal.
The fine sediment that continues to move through the system and into Lower Putah Creek tends to plug up the coarser gravels on the floor of the creek, degrading habitat for aquatic insects and fish spawning habitat. Many aquatic organisms including salmon eggs depend on fresh water flowing through gravels on the floor of the creek to provide oxygen and eliminate wastes. Fine sediments reduce the viability of salmon eggs and reduce the diversity of aquatic organisms that can live in the creek.
Since Monticello Dam is a permanent feature of our watershed, we cannot undo the effect of water surface elevation changes caused by water storage in peak storm events, but we can help our tributary channels adapt to the change by creating inset floodplains on the tributaries. We can build floodplains within the incised channel especially on the outsides of meander bends to reduce the undercutting and collapse of banks.
We can work in the dry tributary channels in late summer, constructing new floodplains and protecting them with rows of boulders that deflect flow away from the bank and toward the center of the channel. Then we can plant native vegetation on the new floodplains to further stabilize the soils and trap sediments in high flows.
Work with willing landowners to stabilize eroding stream banks and protect water quality and the quality of downstream habitats is underway on Pleasants Creek thanks to a grant from the State Water Resources Control Board.
For more information about Pleasants Creek History, please click here.
For information about the ongoing restoration work along Pleasants Creek, click here.